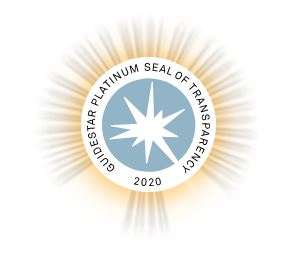 Where To Find Us

One-night only staged reading of “8″ the Play, Talk Back and After 8 Cast Party.

JustFundKY and the Kentucky Conservatory Theatre have teamed up to produce “8”, a new play written by American Foundation for Equal Rights (AFER) Founding Board Member and Academy Award – winning writer Dustin Lance Black (Milk). The play is an unprecedented account of Perry v. Schwarzenegger (now called Perry v. Brown), the Federal District court case filed by AFER to overturn Proposition 8, which eliminated gay and lesbian couples’ right to marry in California in 2008.

Black based “8” on the actual words of the Federal District Court’s trial transcripts, first-hand observations of the courtroom drama, and interviews with the Perry plaintiffs and their families.

“8” opened at the Eugene O’Neill Theatre on Broadway on Monday, September 19, 2011 for an exclusive, one night only staged reading to benefit the American Foundation for Equal Rights.  The premiere was directed by Tony Award-winning director Joe Mantello and starred Morgan Freeman, Christine Lahti, John Lithgow, Bradley Whitford and a host of A list actors from Broadway and Hollywood.  “8” played to a sold out house and raised over $1 million to fund the case for marriage equality in Federal court.  The performance was covered prominently by major news outlets across the country, including the New York Times, The Los Angeles Times, The Associated Press, The New Yorker and The Advocate.

An unconstitutional proposition.  An unprecedented decision.  An unforgettable show.

Working with the incredibly talented team at the Kentucky Conservatory Theater, JustFundKY promises you a Play filled with some of Lexington’s most talented performers. And you just may be in for a surprise . . . Stay tuned as we announce who will be in “8″!

Immediately following “8”, the audience with have the unique opportunity to learn more about the equality movement as we will be hosting a Talkback. This will allow the cast, the audience, and local expert panelists to discuss the play and learn ways to get involved locally and spark a dialogue among the community.

Join us to support the annual fundraising efforts of JustFundKY.